Special guest: Dana Godbout Laake, RDH, MS, LDN, is a licensed nutritionist in the Washington, DC area, who has provided preventive and therapeutic medical nutrition services for over 25 years. Her practice includes the nutritional evaluation and treatment of the full spectrum of health issues affecting children and adults. Dana holds a Master’s degree in nutrition from the University of Maryland. She is also author of The Kid-Friendly ADHD & Autism Cookbook, 3rd Edition. 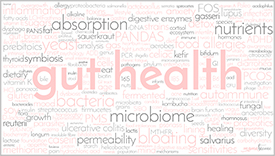 Special guest: Katie Morra, MS, RD, LDN, is a functional medicine practitioner and registered dietitian specializing in the gut microbiome. Her focus is to address the root causes of autoimmune diseases, IBS, small intestinal bacterial overgrowth (SIBO), food intolerances and leaky gut, amongst other diagnoses. Katie currently practices in Bethesda, Maryland, and is the co-founder and host of the Gut Honest Truth podcast on iTunes – where sarcasm and wit meet honesty to tackle the elephants in the room around your health and well-being. Katie completed her master’s degree in nutrition at Sage Graduate School in upstate New York and functional medicine training at the Institute for Functional Medicine.

Michael A. Klaper, MD, graduated from the University of Illinois College of Medicine in Chicago and received post-graduate training in internal medicine, surgery, anesthesiology and orthopedics at the University of British Columbia hospitals in Vancouver and obstetrics at the University of California, San Francisco. As Dr. Klaper’s medical career progressed, he began to realize that many of the diseases his patients brought to his office were made worse, or actually caused, by the high-fat, high sugar, overly processed Standard American Diet (S.A.D.). He currently practices nutritionally-based medicine at True North Health Center in Santa Rosa, California.